Arthur George Lowdell
Arthur was born 23rd June 1886 to William and Harriet Lowdell of Cliffe, Kent and was baptised at St. Helen's on 6th July the same year.
Arthur's father was a local blacksmith and the family resided at Mytle Cottage, Buttway Lane..
By the time of the 1891 Census, when Arthur was four years,  old the family consisted of his parents, William and Harriet, his elder brothers: William, Stephen and Frederick, his sister Harriet  and his one year old sister Emily. The family had moved to Cliffe from Chatham and Arthur was the first of the family to be born at Cliffe.

Extract from the Parish Register for Baptisms at St. Helen's Church, Cliffe.
Arthur was to join the Grenadier Guards, 1st Battalion, in October 1914 and soon rose the rank sergeant. His battalion mobilised for war in October 1914 and landed at Zeebrugge and the Division engaged in various actions on the Western Front including 'The First Battle of Ypres' after which only 4 officers and 200 men remained of the Battalion: Arthur was one of these casualties and died of his wounds on 3rd July 1915. He is remembered, with honour, at St. Venant-Robecq Road Bririish Cemetery, Robecq, Pas de Calais, France.
Death of Sergeant George Lowdell.

Extract from a letter sent by Regimental Chaplin:

“It is so extraordinary. I buried him, I was with him when he died and prayed with him. He lost a leg and an arm and never recovered from the shock. Not knowing that I should be writing so to his friend I asked his company a bit about him. He was most popular among them all – the two minutes before he hit he was talking out his home and father and was saying that he hoped to get some leave to go and see them.
He had a lovely funeral and about 300 soldiers came to it. He is buried close to a farmhouse. I was at the farmhouse three Sundays ago and the farmer’s wife had just put a cross of lilies on his grave. They have cared for it beautifully, it is fenced in and laid with grass and there is a large wooden cross at the head of the grave with his name and regiment on.
The men were very, very fond of him. He was always so kind to me when I came on horseback to visit his company and used to tie up my horse.
Please tell his father how we miss the gallant soldier and sympathise with him in his grief.
Wilfred H Abbot.” 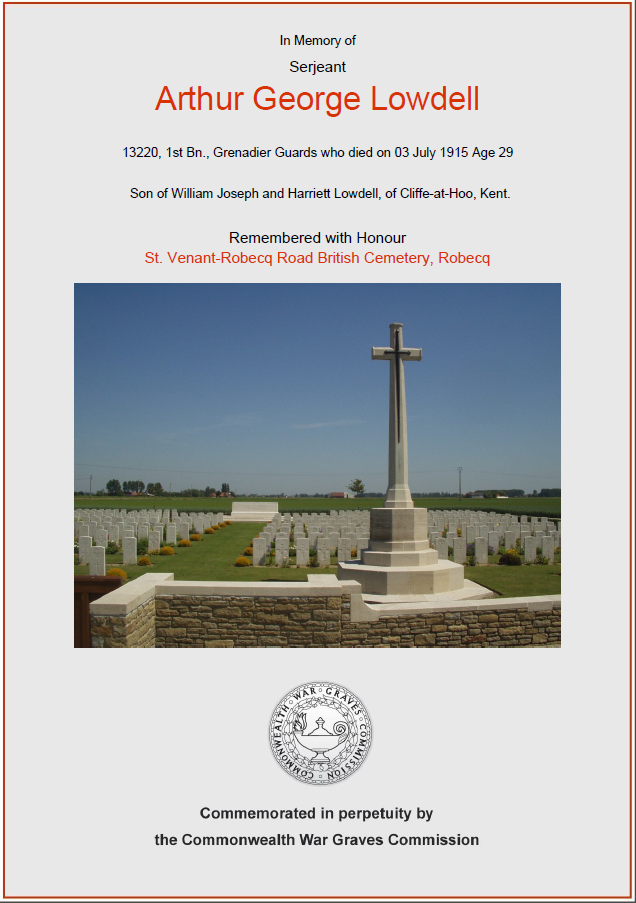