×
Go to content
The Sedilia
On the southern wall of the chancel, near the Alter, is the sedilia.  The term sedilia originated from the Latin sedile or seat.  A sedilia is a canopied seat, or set of multiple seats, set into a recess in the south wall of the chancel, near the altar. The sedila were used by clergy as seating during services. One and two seat sedilia's are common, and in some cases there are three or more seats under the same extended canopy. The canopies in particular can be highly decorated, with elaborate carving, often of foliage, but just as frequently with heads of kings, queens, or religious figures.
At St Helen’s the sedilia incorporates a double piscina is one of the chief glories of this fine chancel. The beauty of the tracery and elegance of the pinnacles surmount a perfectly proportioned vaulted roof. 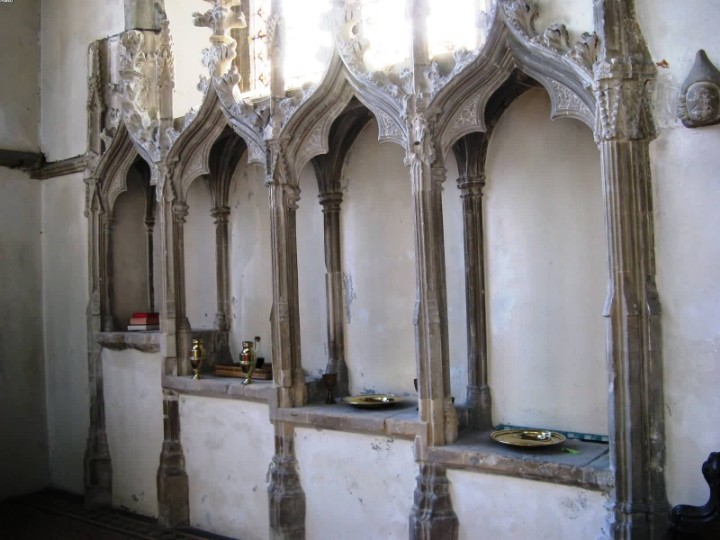