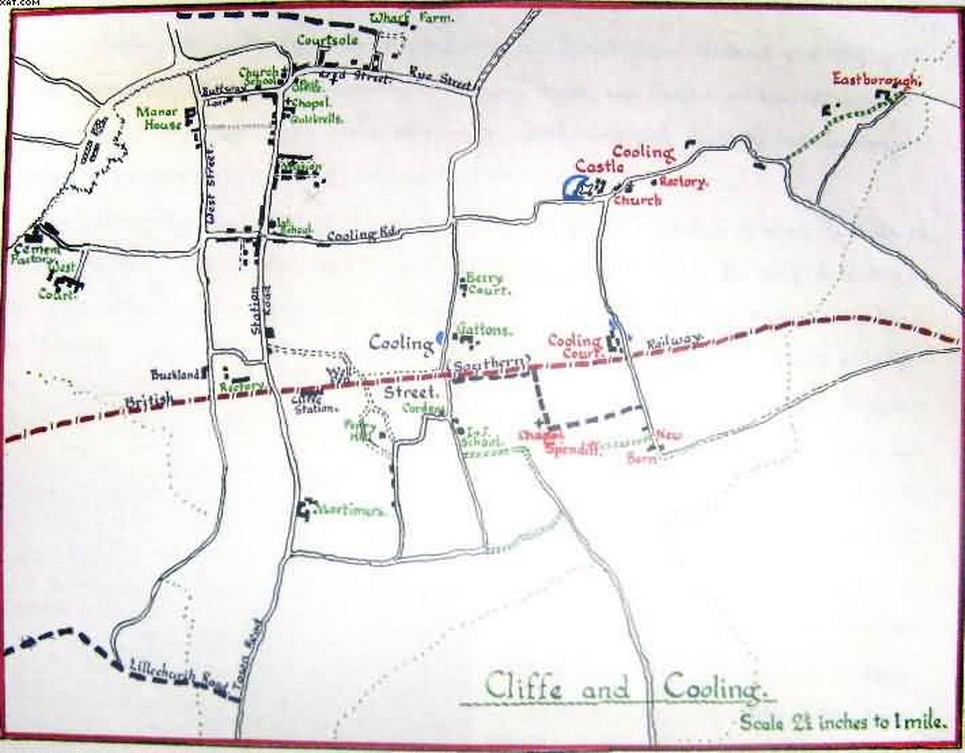 Cooling the smallest populated parish in the Strood Rural District probably gets its name from the Saxon ‘Cu’ (pronounced Koo) meaning a cow, and ‘ling’ a pasture although ancient deeds and books have spelt it various ways, such as Couling, Cowling and Cowlinge. It covers an area of 2,077 acres, marsh and arable land. 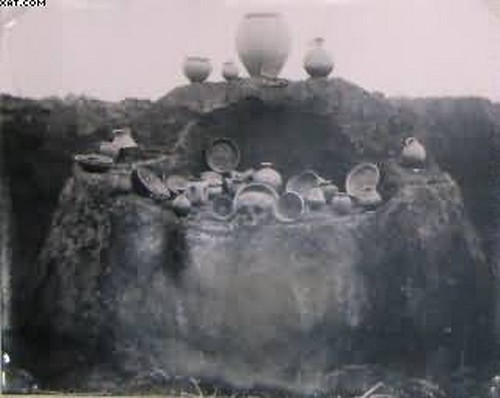 It is known that the Romans occupied Cooling by the fact that in 1922 at Redhills on Eastborough Farm, a Roman kiln was unearthed.  The pottery found in the kiln was from A.D. 65 – 120, some still being in a perfect state of preservation, and may be seen by permission of Mr. & Mrs. F. Mugeridge at The Bungalow, Eastborough Farm. Coins have also been found on this farm. Roman dating from A.D. 65, Elizabethan and many others. About 1914 some Elizabethan gambling tokens were unearthed from beneath two chestnut trees at Eastborough, but were of Dutch origin.

What are known today as Eastborough Farm Cottages, are reputed to have been called ‘Elizabeth’s Hall’, where Queen Elizabeth I was supposed to have landed from the Royal Barge, and the stone upon which she stepped may still be seen. This did not seem feasible until the floods of January 1953 when the waters came within a few yards of the site. 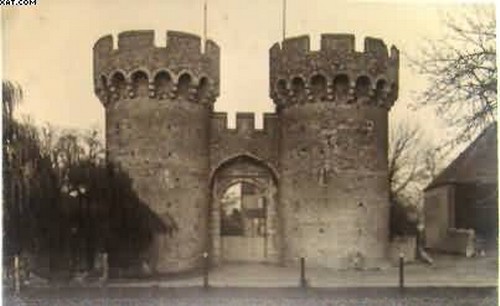 Cooling Castle was commenced in 1381 taking about five years to erect and replacing Cooling Manor a possession of the Cobham family for more than 350 years from the reign of Henry III to that of James I.
The castle was built early in the reign of Richard II by John de Cobham the 3rd Baron, and was lived in for many years by Lord Cobham and their
descendants until they eventually built the present Cobham Hall, andthe castle suffered damage by Sir Thomas Wyatt’s force in January 1554. 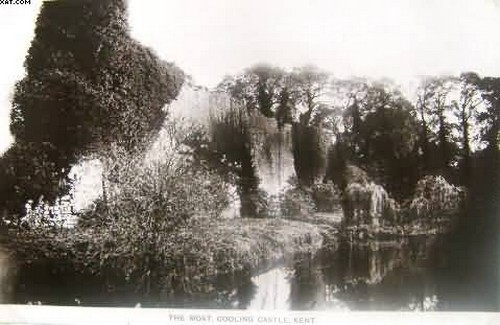 In 1669 the castle, Cooling Lodge and Newbarn (adjoining land) became properties of the three surviving daughters of William Brooke the 8th Baron he having been killed fighting for the Royalists. His fourth daughter Lady Denham having previously died childless. However these properties were soon disposed of the castle was sold and fell into decay until a farmhouse was built within the ruined walls and well-to-do yeoman farmers resided therein.
The ruins and part of the moat can still be seen but the twin drum towers are in good preservation and the inscription in old fashioned English enamelled on copper plates can be translated as follows: -
‘Let the living and those as yet unborn know that I was built for the assistance of the country of which fact this is the charter and witness.’
In 1942 Cooling Castle estate comprising the ruins and about 190 acres of farmland, was bought by the Rochester Bridge Wardens, direct descendants in office of the Wardens appointed by Sir John de Cobham in 1395.
It is said that Queen Elizabeth once had a hunting lodge on the top of Lodge Hill (the Cooling Lodge property) but the present house built in 1760 by Samuel Clay Harvey is now used to accommodate Admiralty personnel. 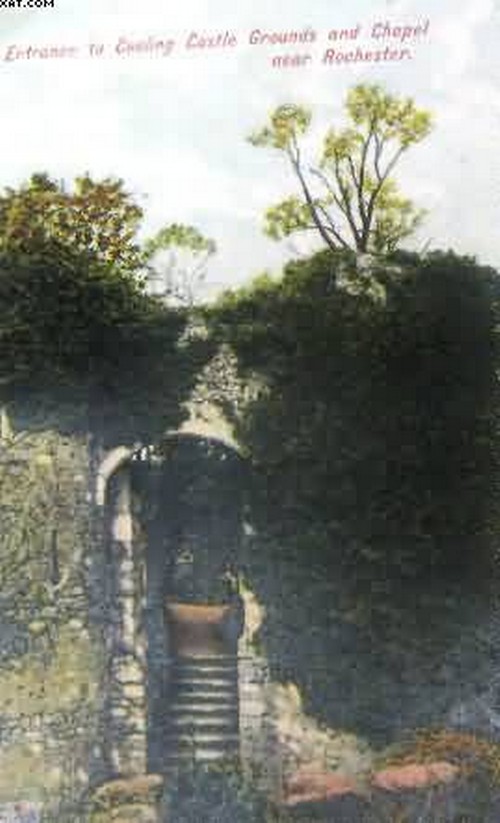 Cooling Church dates from the 12th century and until about 100 years ago had a thatched roof, some of the original pews may still be seen at the back of the Church, and are believed to be some of the oldest in England. 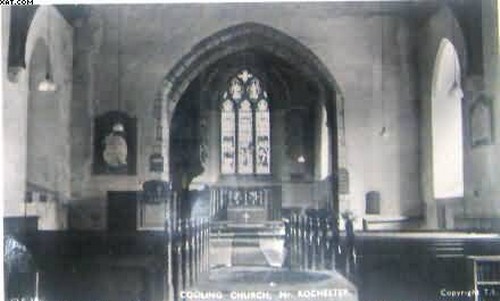 It also has both a square tower and a steeple a small excrescence resembling a candle extinguisher.
On New Barn Farm there is s piece of land called ‘Brick Kiln-field’ where we believe the bricks were made for building farm houses and barns at Cooling Court and New Barn during the 17h and 18th centuries. Even today the plough turns up pieces of red brick and ashes, proving that once there must have been a brickfield there. The barn at New Barn Farm which was partly destroyed by bombs during the 1939 – 45 war, but now repaired, dates from 1733,and Cooling Court Farm House was built in 1705 by a widow named Clay.
One of the shepherd’s houses on Cooling Marshes known as the “Shades” has a very shady past. It was used by smugglers who landed contraband goods at Egypt Bay, and from there are supposed to have taken and hidden some under the pulpit of Cooling Church; the cavity is still to be seen there.
An old man called Dusty Wellard who had lived in Cooling about 50 years ago remembered his father telling how he was paid to drive a flock of sheep through the gate ways across the marshes to cover up any tracks left by the smugglers. 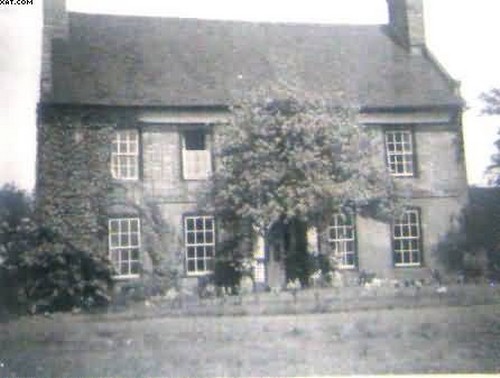 Cooling Court
Charles Dickens often came to Cooling and the village plays a large part in the book “Great Expectations”, and in the churchyard are the little lozenge tombstones supposed to be Pip’s little brothers and sisters, and where met the escaped convict from the prison ship lying in the Thames just off Cooling Marshes.
In reality these tombstones are commemorating thirteen little late 18th century Comports who lived at Cooling Castle, and at Decoy Farm House below Northward Hill, although none survived longer than seventeen months.
Cooling now forgeless, did actually possess one at the beginning of the nineteenth century, and an old house adjoining the churchyard was called ‘The Forge.’
The Old Rectory still stands in the middle of the village, but is now used as a private residence. Since the late was the parish has been linked with Cliffe, with Canon F. S. Gammon A.K.C. Rural Dean and Surrogate as the joint rector. 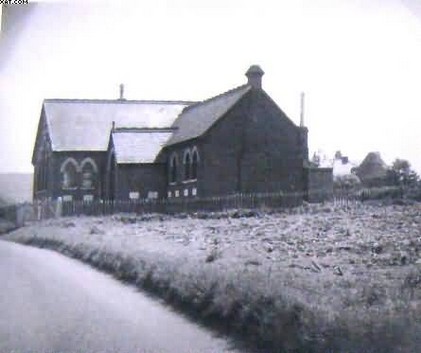 In 1899 a Methodist Chapel was built in the part of Cooling known as Spendiff. It was used as a day school for some years prior the building of the Council School at Cooling Street in 1906. The school registers can be still be seen but before building of the chapel, the Wesleyans as they were called held their meetings and Sunday services in the upper storey of an Oast-house at Spendiff: that room is now used to store farm produce. 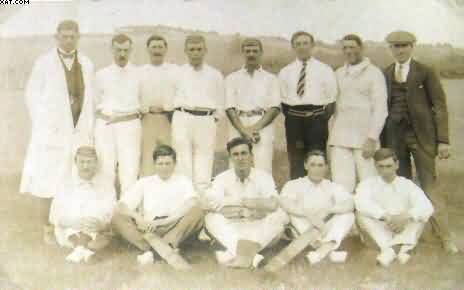 The cricket club formally known as the Cooling Wesleyan Cricket Club was formed just after the 1914 – 1918 war and their forst matches were held at Cooling Court. In later years they used the ground adjoining the ‘Three Merry Boys’ but are now linked with the Cliffe Cricket Club.
Cooling only has one inn, ‘The Horse Shoe and Castle,’ but no shops or post-office.
In 1938 a G.P.O. Wireless Receiving Station was opened on Cooling Marshes.
During the 1939 – 45 war, Cooling was in the first line of defence and tank traps were dug across part of the village and many block houses were built. Bombs fell in many places leaving their scars and patches of chalk blown up from the depths are still visible on the ploughed fields.
April 5th 1947 saw the first bus service on Saturday only.
Electricity came to only part of the village about the samed time. 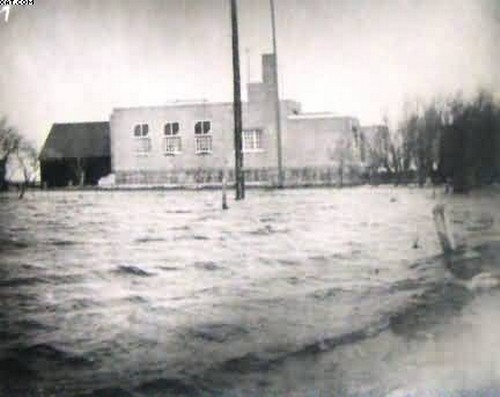 Cooling Radio Station ~ engulfed by the 1953 floods.
In 1948 the first council houses were erected and named ‘Pip’s View.’
By 1953 the population had reached 168,sufficient to consider a Parish Council of five members, and the forst councillors were elected on the 14th May 1955, namely: -
J. Barrett, A. Brook. Mrs. E. Mugeridge, R. Brook and Mrs. E. Whitebread.
The village now has its own Parish Hall and adjoining is a playing field equipped with swings and a seesaw for the children. 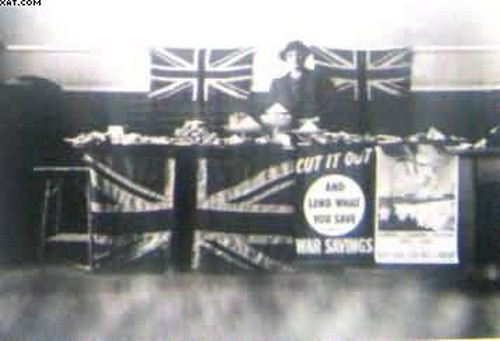