George was one of Cliffe's young lads who went off to fight for his county and never returned. According to the 1911 Census George was employed a an errand boy, working for Parker's General Store situated in the High Street opposite to Elford's the butcher. He lived at 5, Norwood Cottages and was the eldest of three boys.
Sadly George was to see no action as he was one of the many fatalities of the ill-fated Gallipoli landings.

On the night of October 28, 1915, the men from the 1st/3rd (Kent) Field Company of Royal Engineers were on the small paddle steamer HMS Hythe in the eastern Mediterranean. The 231 men had transferred to the converted cross-Channel ferry ready to land at Helles. Tragically just as they were about to land they were hit by another much bigger Navy troop ship, the HMS Sarnia.

It was a rough night. They had no navigation lights so they could not be seen by the Turks onshore so the other ship didn’t see them. HMS Hythe was practically cut in two. George and the other men had only just left England. They were crowded shoulder to shoulder on board and were waiting to be landed. The ship went down in 10 minutes. Some of the men were killed instantly in the collision with the bigger ship. Others drowned because they had already got in their vehicles and were unable to escape once the collision had occurred.
Major Ruston relates:
“[…]It was a rough and squally day and … a great number of the men were seasick. However, we had almost reached our destination and were beginning to think about disembarking when suddenly a large vessel loomed out of the darkness and in spite of all efforts to avoid a collision it ran into us, cutting deep into our port bow and bringing down the foremast. In ten minutes the vessel sank, leaving numbers struggling in the water or hanging on to spars and other floating matter. The boats of the other vessel did all they could and picked up many poor fellows – but all too few, for over 130 men drowned”.
More than 150 men drowned despite the rescue efforts of the crew from the HMS Sarnia, nearly all of them from Kent.

Tragically, the day before the men embarked for the Dardanelles the British Government had decided not to send any more men to Gallipoli because the campaign had been such a disaster. 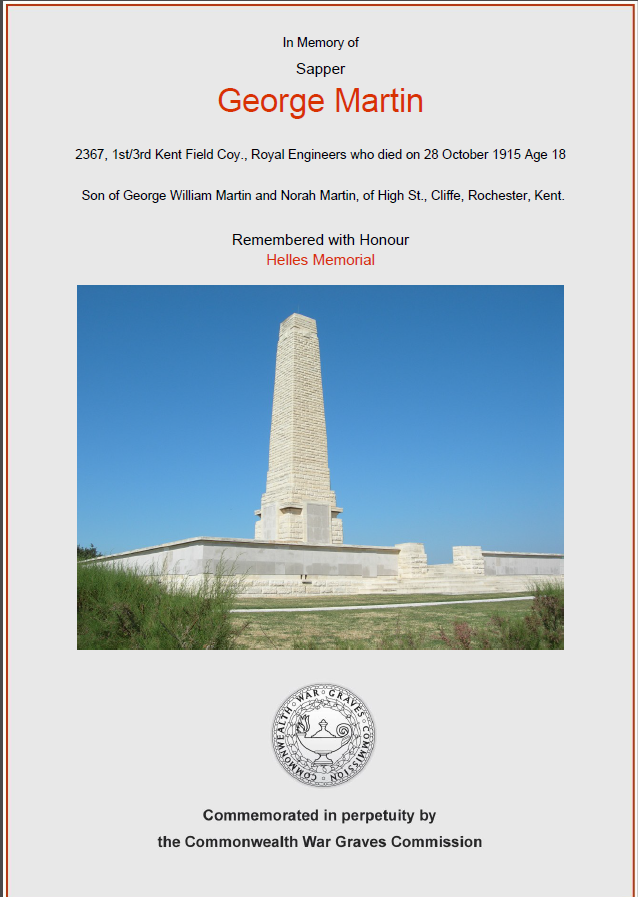